There are some downsides in the quest to protect our planet. Certain individuals have been taking advantage of the bottle deposit and material return programs and turning a lucrative profit for themselves while leaving the programs funded by these collection programs lacking in resources.

The highest prevalence of recycling fraud in the United States takes place in California, where a truckload of material can be worth tens of thousands of dollars. One state over in Arizona, where collection and return policies are non-existent, people have been taking advantage of this fact and bringing tons of recyclable material from over state lines.

The redemption program in California collects $1.2 billion annually from collection programs which are used to fund various recycling and conservation initiatives in the sunshine state.

Unfortunately, these thefts have been eating into the funds used to run these environmental programs while skewing recycling rate numbers.

Residents of California also pay a five cent deposit fee for on every can or bottle which is returned when those containers are returned to recycling facilities. For each out of state container returned means five cents is coming out of the pockets of Californians.

California’s Recycling Fraud Unit & CalRecycle have been busy catching and prosecuting these green thieves to curtail this illegal activity.

A massive fraud scheme was recently uncovered resulting in five Californians being charged after redeeming nearly $14 million worth of beverage containers from Arizona between 2012 and 2014. As a result, 20 Southern California recycling centers had their certifications terminated for their involvement in the scheme while four others voluntarily gave them up.

The five men involved are awaiting trial for grand theft and recycling fraud charges while one man remains at large.

Besides busting this massive scheme, the Department of Justice’s Recycling Fraud Unit has also made the following arrests over the past few months:

Both CalRecycle and the Fraud Unit have been working diligently to halt illegal redemptions, the former having 55 individuals involved with inspecting recycling centers all over the state, often unannounced, once a year.

Green theft is an unfortunate trend in states that have bottle bill legislation in place,  California and other bottle bill states will just have to remain diligent in their fight against recycling fraud.

Refer a Colleague to Busch Recycling Bins, Get Credit! 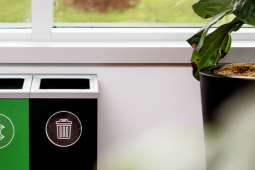 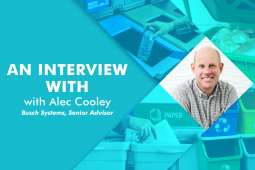 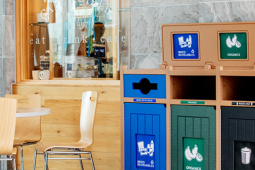