Barrie, Ontario, February 28, 2012 — Busch Systems International, a leading manufacturer of recycling, waste, and compost containers has announced the conclusion to the campus recycling “Like the Logo” contest. Montana Tech has won the grand prize of $5000 in Busch recycling bins for their campus recycling program. The contest ran as a lead-up to the “Recyclemania” national campaign which promotes recycling across college and university campuses.

Busch Systems ran the contest in an effort to increase awareness of campus recycling programs across North America. There were a total of 37 campus recycling logos entered with over 2500 votes cast.

“It was amazing to see the level of school spirit involved in regard to recycling”, states Serena Brooks, Sales Manager at Busch Systems. “We expected a high level of competitiveness. We were thrilled with the degree of pride these schools take in their recycling programs”.

Founded in 1900, Montana Tech of the University of Montana boasts a campus comprised of four colleges and schools located in Butte, Montana. The student body of almost 3000 is enrolled in studies varying from engineering to liberal arts.

“It’s great to see a school like Montana Tech win the recycling bins for their program. Hopefully, this contest will help increase awareness and recycling rates on college campuses across North America”, states Brooks.

The Cost to Toss Recyclable Material

Multi Uses for the Multi-Recycler... What will you use it for? 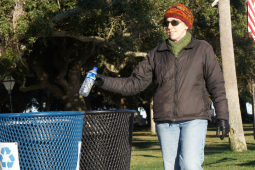 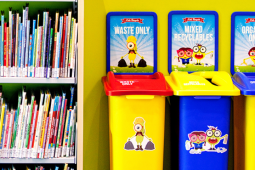 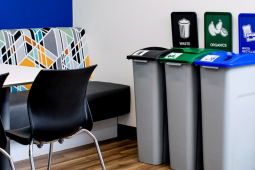 The Use of Images vs. Words on Recycling Signage, Pt 3 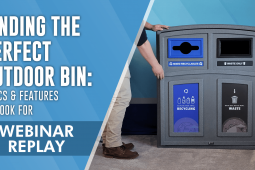