Your browser does not support JavaScript! Into the Deep: World Environment Day | RC 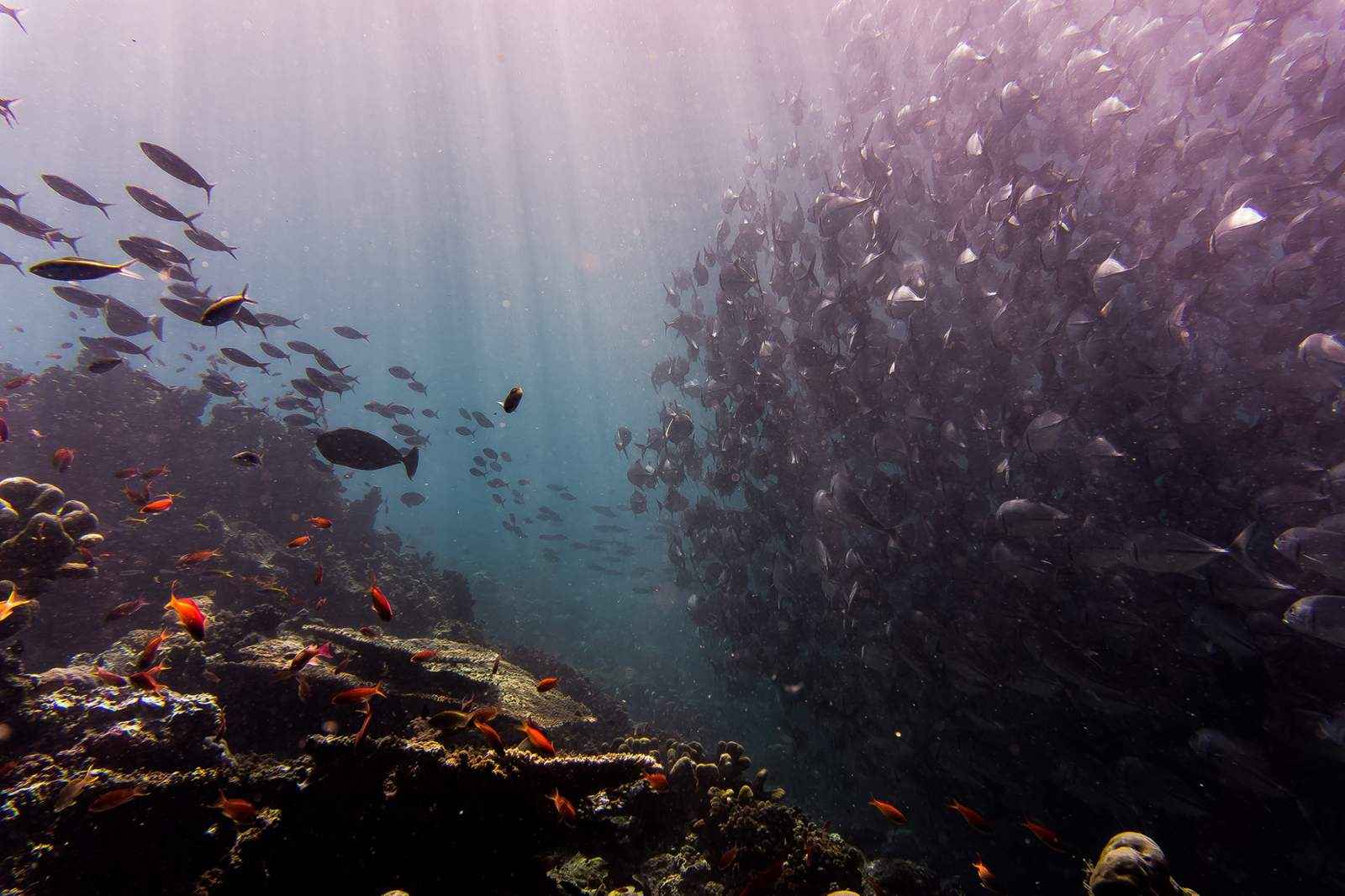 Into the Deep: World Environment Day

It was a spectacular six-day backpacking trip on what is known as the Western Uplands Trail in Algonquin Provincial Park in Ontario, Canada. My wife and I had spent the night before at a beautiful lakeside campsite further back on the trail and were working our way back to the trailhead where our car was parked. It was an incredible six days, away from all that modern life clutter. Each evening, after hiking all day, we would both sleep like a log, and awaken refreshed as the sun was coming up and a crescendo of birds were serenading in the new day. By the final day away from any form of civilization, we felt like we were the only people on earth.

Looking at our maps, we decided to have our last break at a campsite on a lake that was about an hour from the car. I always looked forward to pulling off that heavy backpack. Without that constant weight, you feel so much freedom. It was an opportunity for one last chance to breathe in the beauty of this beautiful park. When we arrived, we were both saddened and sickened by what we saw. The campsite had been trashed by a previous party, likely the night before. In a pack in/pack out park where there is a can and bottle ban, there were cans and bottles strewn throughout the campsite. Broken beer bottles, half-eaten cans of baked beans, cigarette butts, plastic bags and other various forms of waste. The time we would have spent resting and reflecting was spent cleaning up the campsite, loading up our backpacks with the waste and recyclables.

It was not what we had wanted for our return to civilization, but it was what it was. At least the next party of backpackers coming in will have a clean campsite to set up their tents in. In a world that has been changed so much by humanity, it is hard to find anywhere in the world that has been untouched. In a BBC article titled There's No Such Thing as Truly Pristine Nature Anymore, it mentions "That most researchers are satisfied to settle on a definition of pristine that includes habitats free from obvious signs of human activity.” There are not too many areas left where there is not some sort of human activity and influence.

Even if it is indirectly, most places feel the impact of human influence. Climate change is already having global implications on our earth. The oceans are affected by the same atmospheric pollution and climate change that blankets the land, plus there is the ever-present problem of waste, plastic, and microplastic. Most of us are aware of the waste on the slopes of Mount Everest, the highest peak on earth. To try to clean up Everest, the Nepalese Government now requires each climber to bring back at least 17.6 pounds of waste or lose his or her $4,000 deposit. But what about the lowest place on earth, is there garbage there? A World Environmental Day article from the United Nations titled Single-Use Plastic has Reached the World's Deepest Ocean Trench reveals that "Single-use plastic has reached the world’s deepest ocean trench - a plastic bag was found in the Mariana Trench, at 10,898 meters below the surface." That is 35,754 feet below sea level, and over 1,000 kilometers from the mainland, which is staggering.

Once in the deep-sea, with low oxygen, plastic can persist for thousands of years. These deep-sea eco-systems are very endemic, which means there is nothing like them close to the ocean surface. These eco-systems grow at a prolonged rate, and the potential threats from plastic pollution are very concerning.

The Global Oceanographic Data Centre of the Japan Agency for Marine-Earth Science and Technology has recently released a database for public use. It contains over 30 years of photos and videos of debris that have been collected by deep-sea submersibles and remotely operated vehicles that go back from when single-use plastics were in their infancy. The findings are that 92% of plastic found at depths over 6,000 meters were single-use plastics.

The theme for the 2018 World Environment Day held on June 5th in India is the tagline Beat Plastic Pollution. Reducing the production of plastic waste seems to be the only solution to the problem of deep-sea plastic pollution. If you cannot reuse it, refuse it. This is the only way we can beat this runaway single-use plastic pollution litter found in our parks, along our roadways and now discovered in the deepest part of our oceans. "The only way forward, if we are going to improve the quality of the environment, is to get everybody involved” - Richard Rogers.

For tools and resources on how to properly recycle, visit our free Resource Center!