Your browser does not support JavaScript! What's With The Growing Food Allergy Epidemic | RC 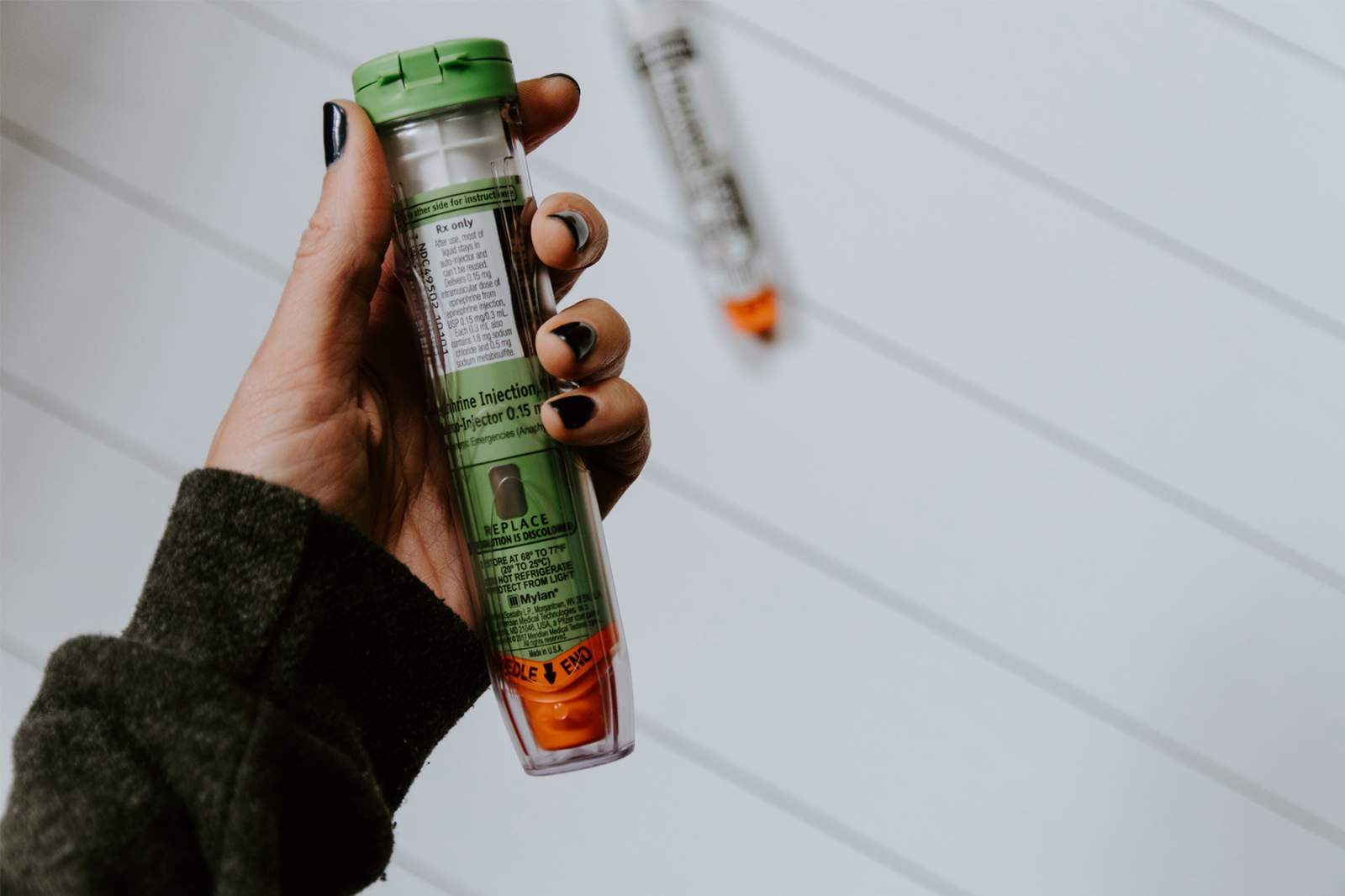 It was 15 years ago, and I was working my shift in a factory when my supervisor approached me with a concerned voice that there was an emergency at home. Something had serious happened, and my wife was rushed by ambulance to the hospital. My mind was swirling as I made that drive to the hospital.

When I arrived at the ER, I was directed to the trauma unit. Not recognizing my wife, I walked right past the bed where she was laying; her body was that swollen and disfigured. In the weeks prior, my wife had been getting rashes after eating and her doctor had determined that it was some form of food allergy and had scheduled an appointment for my wife to meet with an allergist.

As with most specialists, the earliest she could get an appointment was several weeks away. Unfortunately, in my wife's case, several weeks was too long. One day when the rashes started coming on strong, she injected herself with an epi-pen needle. Because she was still not feeling well after taking the needle, she called a neighbor. The neighbor came right over to find my wife blue in color and still fighting for breath while in anaphylactic shock on a sofa chair. As the adrenaline from the epi-pen worked at trying to keep my wife's airways from completely closing off, the neighbor worked at getting my wife in a position to help her breath during her attack.

For the weeks leading up to my wife's specialist appointment, she was af raid to eat and survived on plain rice and water. My wife lost 60 pounds and called it "A Fear of Food Diet." It ended up that in her 30's, my wife had become extremely allergic to wheat. I had no idea that wheat is found in so many products, and that there are so many other products that say, "May Contain Wheat."

The American College of Allergy, Asthma, and Immunology (ACAAI) mentions that 4-6% of American children and 4% of American adults are currently affected by life-altering food allergies. Every three minutes, a food allergic reaction sends someone to a hospital emergency room, and 1 in 5 Americans has s ome form of food sensitivity. My wife is a classic example of developing a food allergy as an adult. A 2014 study at the Northwestern University Feinberg School of Medicine in Chicago, Illinois showed 15% of new food allergies develop after the age of 18.

Dr. Haroon Shabbir MBBS mentions in an article in Steady Health that eight foods: peanuts, milk, eggs, fish, tree nut, shellfish, wheat and soy account for 90% of all food allergy reactions. A food allergy is when the immune system overreacts to a food particle. The immune system gets "mad" and attacks a harmless thing such as in my wife's case, a bit of wheat. The attack damages the body tissues and leads to symptoms. The reaction can manifest into something as simple as a mild stomachache or something as dangerous as a life-threatening anaphylactic state of shock.

The Steady Health article mentions "Developing countries in Asia, Africa, and Latin America have a much lower prevalence of food allergies, to the point where it is not even considered a health issue there." So why is there such an epidemic of food allergies in the Western world? After my wife went into anaphylactic shock 15 years ago, I have looked far and wide to try and determine what kinds of triggers or environmental factors there were, that may have caused my wife's immune system to hate wheat so much. Although I have no conclusive answers, here are several possibilities.

It has been a massive adjustment in our household over the past 15 years, as our family tries to keep my wife safe from another anaphylactic attack. I have never concluded what brought on my wife's wheat anaphylaxis in her 30's. However, everything does seem to point in one direction. Growing up in a world as natural as possible will build up a person's immune system, and significantly reduce the probability of developing a food allergy. It starts right with how the child is born, to breastfeeding, to feeding them natural, healthy foods, to exposing the child to a wholesome, natural outdoor environment. Let’s allow our kids to play on the grass. Let them jump in the water puddles. Let them make mud pies. Let them climb trees. Let them be kids.