Your browser does not support JavaScript! The Super-Sizing of Homes 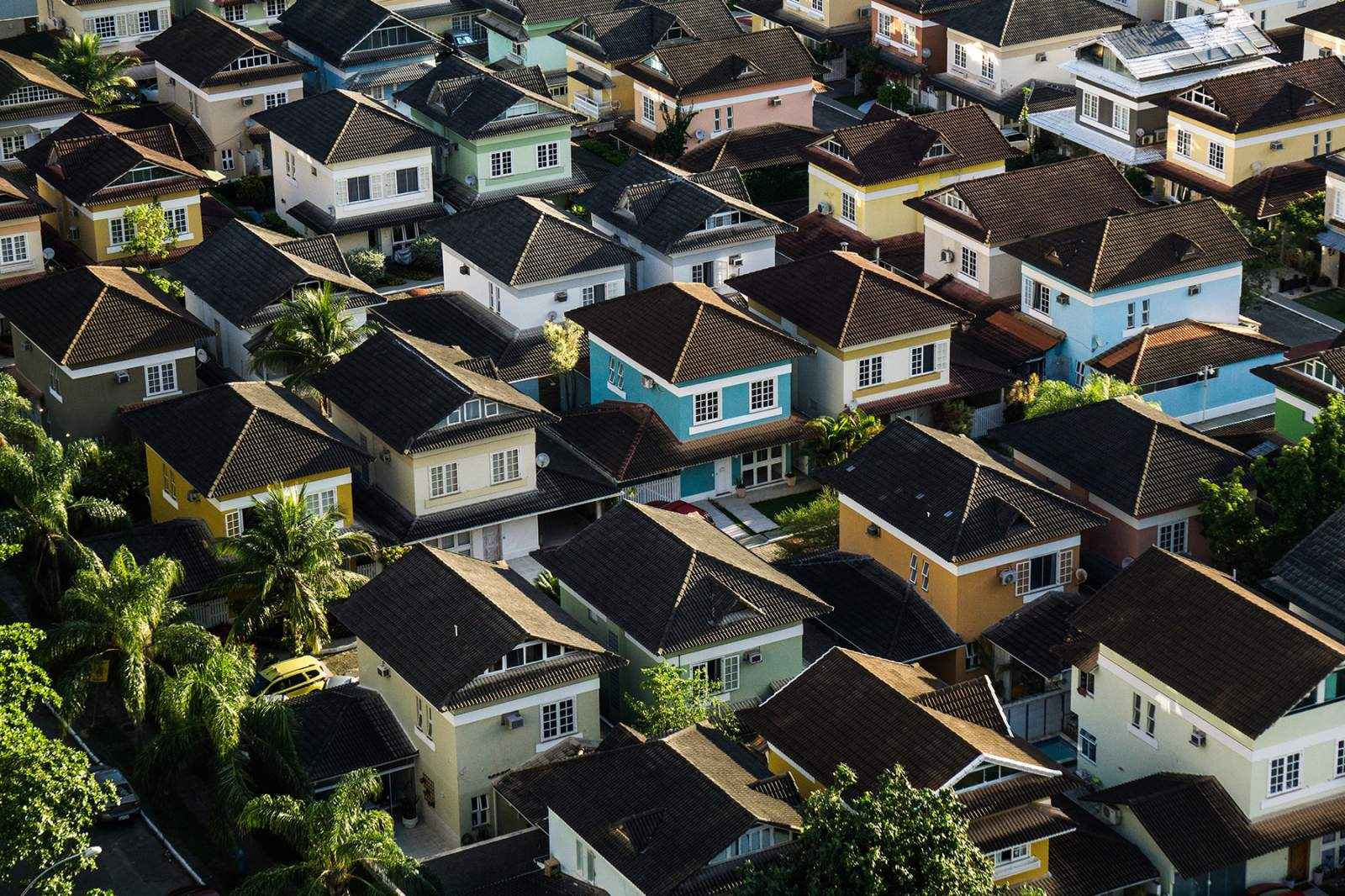 The Super-Sizing of Homes

John and Sally were a young couple with a big dream. They always wanted a simple place in the country to build their lives together and raise a family, but could they afford it? After a couple of years of searching, they found the perfect property. When they eventually signed the paperwork that showed that they were indeed the proud owners, they could not have been more ecstatic. To make it work within the budget, they planned to build a very modest home, plant a garden, and live off the land as much as possible.

With their house blueprints in hand, the excited couple headed over to the township office to begin the process of obtaining their building permits. The clerk gave the blueprints a cursory check, rolled them up again and handed them back to the couple with the words, "Come back when you have the right size of house plans.” Suddenly it was as if all the air had been sucked out of the room. John and Sally were devastated; they could never afford to build a home the size the municipality required. Their dream was over.

It is a given fact that over these past four decades most new homes are getting bigger in Canada and the United States. In my area of Ontario, Canada there is a lot of new home construction. So, what is the minimum size of home for a family dwelling? This is a very daunting question because in my province of Ontario, each municipality sets its own rules for size requirements of new home construction. Then, there are new developments (subdivisions) within each municipality that also have their own set of conditions.

The area in which I live was initially settled around 200 years ago. Steeped in history, before the village in which I live in even existed, there was a supply route through the dense forests during the War of 1812. That trail became the avenue for the first settlers to arrive after the war. Those first homes were very basic, with one room and one story, and said to be around 450 square feet. The kitchen, dining room, living room, and bedroom were all compartmentalized in this open room; their function was merely to provide shelter from the elements. There was never any thought of "impressing the neighbors.” In fact, the neighbors were the ones who came over to help build the dwelling. There was a great sense of community. 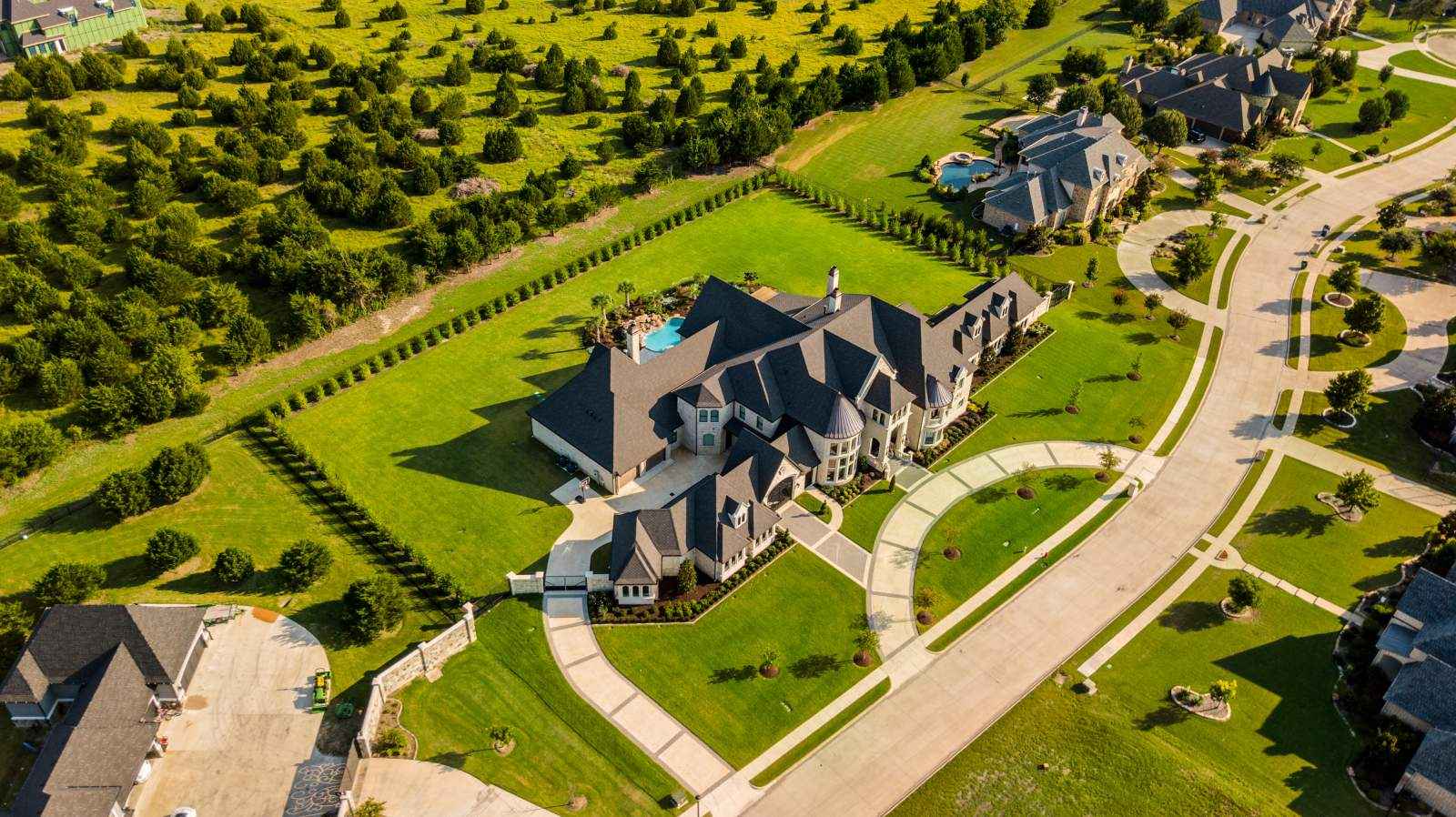 Since those colonial days, home dwellings have slowly increased in size. A Forbes Magazine article mentions (using statistics from the US Census Bureau) that in 2013, the average size of a newly completed single-family home was 2,600 square feet. This is approximately 45% bigger than the homes built in 1973, and roughly twice the size of houses made during the 1950's. During that same period, the number of people living in a home has been becoming much less. An NBC report mentions that just over 100 years ago in 1915, there was an average of 4.5 people sharing a home in the United States. That number has dwindled to 2.6 people now.

In 200 years, we have gone from a very modest one-room dwelling to some homes which can only be described as mansions! These particular single-family homes have been known to run into sizes of as much as tens of thousands of square feet.

The construction of a typical modern-day house requires thousands of board feet of lumber, hundreds of sheets of plywood, thousands of exterior bricks, many cubic yards of concrete, and more. The larger the house equates to more building material required.

As consumers, when we go to a store or a home building center, we sometimes forget that our purchases are CONSUMING valuable natural resources. Considering building that dream home? Please remember, the larger the home, the more the environment will be impacted. A simple rule of thumb provided by The House Designers is that it takes 6.3 board feet of lumber for every square foot of house. The average American home of 2,600 square feet (excluding garage) would require 16,380 board feet of lumber to build.

A mature pine tree, standing 80-feett-high and 2 feet in diameter, would yield 754 board feet of lumber. This typical tree would have been replanted in the 1920's and 1930's in my area of Canada and takes around eighty - ninety years to grow to that size. Living trees are fantastic carbon sinks for carbon dioxide, and through an incredible process called photosynthesis, oxygen is released from these same trees and becomes part of the air we breathe. And based on that 754 board feet of lumber per tree, an average size 2,600 square foot house would require 22 mature pine trees to be cut down, just for the framing This does not cover the plywood, the flooring or the cabinetry. Additionally, there is the cement that is quarried, the sand and gravel extracted the copper that is mined, the oil extracted for the asphalt shingles, and the aluminum mined for the window frames. A larger home requires more to furnish, more electricity, more energy to heat and cool. They cost more to maintain, take longer to clean and demand higher insurance premiums and property taxes.

My wife and I purchased our first and only home back in 1991. Though small compared to the average sized home, its 1040 square feet was more than enough to raise our four children. This same house would be a castle in some other countries. Way back, my wife and I did buy a dream property, like "John and Sally," the fictional names used in the beginning. It was 10 acres with a year-round stream flowing through it and after signing the papers and making a down payment, we were ecstatic. At the township office it was as if the air was sucked out of the room when we learned the minimum building restrictions. We walked away from the deal.

Home ownership in Canada is a status thing. We often think of a large home as high status and a small house as low status. For this reason alone, I was very tempted to upgrade to a larger home over the years, to appear to be in higher status, but I could not bring myself to do it. I knew I would not be happier in a more substantial home but instead would feel more trapped with more significant mortgage payments and higher expenses that go with a larger home. Why would I choose to max out at 28% of our family gross income on mortgage payments on the "most house I can afford," when we can be more financially stable and happier if we spent 15% of our gross income on mortgage payments. It frees us up to give more to the charities we love, and we can put aside some for retirement. But the real winner is the environment. A smaller home requires fewer resources to build, and fewer resources to maintain through electricity and heating. It does not get any better than that.