Your browser does not support JavaScript! The Importance of Wetlands | RC 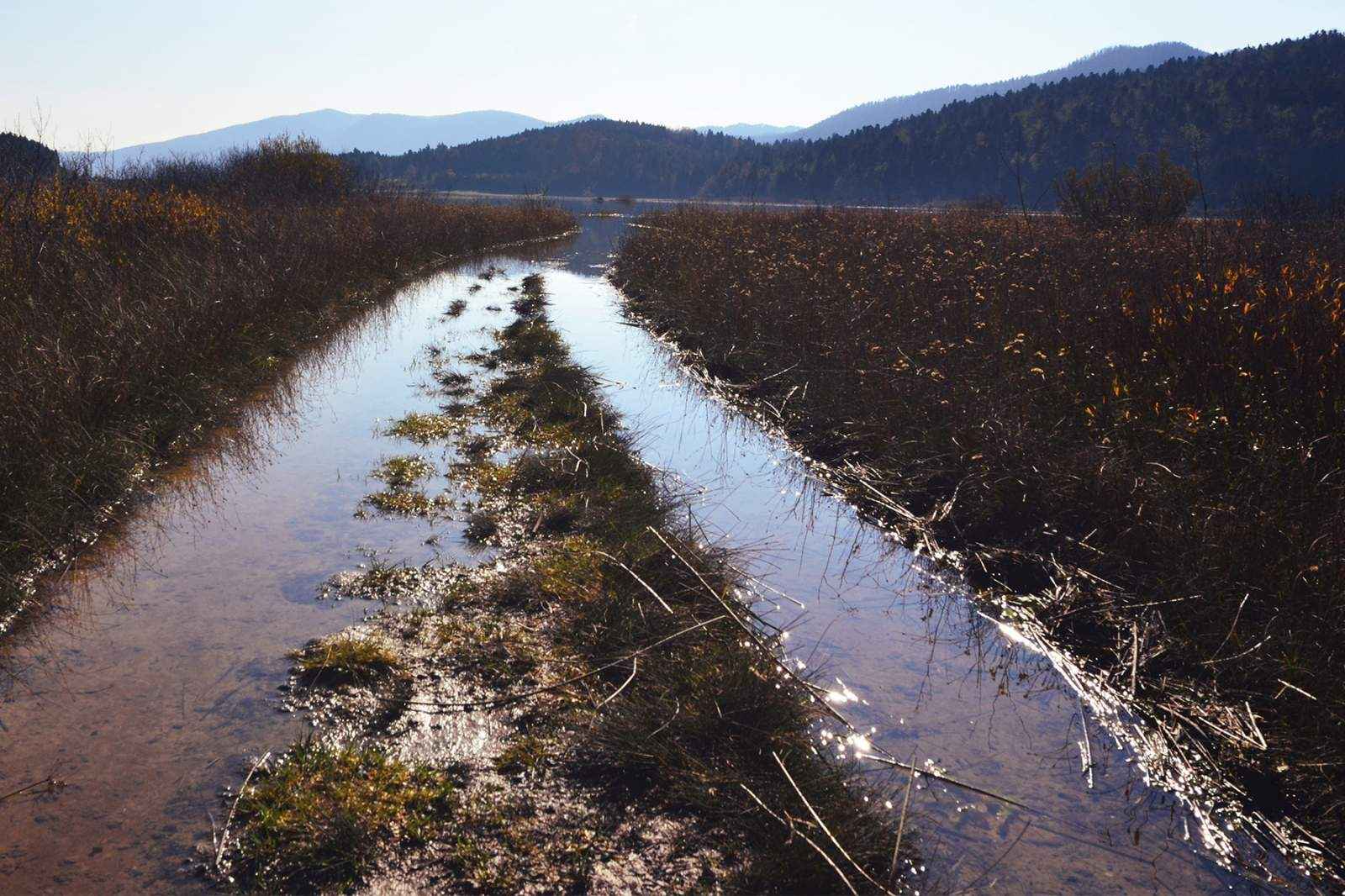 The Importance of Wetlands

It was a primal beauty that must really have awed the earliest settlers. Vast, dense, unbroken, pristine virgin forests teaming with wildlife. These deep forests were intersected with pure, majestic rivers and shining jewels of fresh water lakes. The resources to be found in this new land would have seemed limitless. Word must have really spread about this New World, because what began as a trickle of a few hundred English colonists in the 1600's grew to a flood of millions of newcomers over the next 300 plus years. The forests were looked upon as extremely valuable, providing the raw material to build houses, furniture and ships.

There was another type of land, this land held a different kind of beauty, but the settlers looked beyond it. Swamps, bogs, lagoons, marshes, quagmire, fen, morass, billabongs, floodplains and wetlands are what the settlers named the land. You could not build on this land or grow any crops, it was wasteland, an obstacle to be eliminated, and the land reclaimed for other purposes.

Unfortunately, this has been the mindset for many generations. Greg J. Allord of the United States Geological Survey mentions there was once an estimated 221 million acres of wetland in the 1600's in the lower 48 states. That number has dwindled to about 103 million acres since the first colonization took place. Six states have lost over 85% of their original wetland and twenty-two states have lost over 50%. The two most devastated states are Iowa and California, both losing nearly 99% of their original wetland. With the destruction of a wetland, entire ecosystems including plant and wildlife are destroyed. Worldwide, half of the world's wetlands have disappeared since 1900.

The earliest forms of wetland drainage simply consisted of people manually digging ditches. Drainage technology greatly improved with the invention of steam powered mechanical diggers in the 1890's. Steam power replaced hand labor which accelerated the loss of wetlands. As mechanization continued to move forward, the massive diesel-powered bulldozers that are used nowadays can flatten and drain a swamp in a matter of days. This would have taken months, or even years, with a crew of hand diggers. Going into the 1970's governments encouraged the draining and destroying of wetlands by offering incentives, subsidies and cost sharing to convert wetland into agricultural land; the wetland losses were huge.

For over 3oo years our wetlands have faced destruction and habitat loss. Only these past few decades there is becoming an awareness that wetlands are much more valuable in their natural untouched state than draining them for agriculture, development and urbanization. Those massive diesel-powered bulldozers and diggers that once were ravaging and destroying wetlands are now sometimes being used to attempt to return destroyed wetlands back to the original state it once was.

Wetlands are some of the most tranquil and beautiful places on earth and provide an incredible range of ecosystem services that are of great benefit to our human race. These include water filtration, storm protection, flood control and recreation. Wetlands also serve as nurseries for many species of animals including mammals, birds, fish and invertebrates. They are the world's greatest nutrient and contaminate water filters, trapping pollutants in their soil, transforming dissolved nitrogen into nitrogen gas, and neutralizing harmful bacteria. Such wonderful water filtration system wetlands are, New York city spent $1.5 billion to purchase and preserve wetlands around its upstate reservoirs. This could save as much as $3-8 billion in new wastewater treatment plants. This land purifies the city's water supply for free (World Wildlife Fund).

Wetlands are no longer seen as something to be eliminated, but something we desperately need in our changing world. As climate change becomes more and more prevalent, our wetlands are increasingly becoming more and more valuable. Try and think of them as a giant sponge. During heavy storms and rainfall, wetlands absorb the massive inflow of water then released into lakes and rivers at a much slower rate. If the wetlands are eliminated, there is much greater likelihood of catastrophic flooding in nearby communities.

The Millennium Ecosystem Assessment gave our wetlands globally a total economic value of US$15 trillion in 1997. And the Worldwide Fund for Nature gives the value of wetlands in North America at $5582 per acre each and every year. It has only been recognized over these past couple of decades that there are huge benefits of restoring degraded wetlands or even creating new ones. The same governments that were offering incentives, rebates and cost sharing for the draining and destruction of wetland are now spending massive amounts of money in wetland restoration programs. The TEEB for Water and Wetlands Report mentions each year the United States currently spends US$ 3.9 billion in wetlands restoration projects - this is under the Clean Water Act alone.

Wetlands are such an amazing natural water filter, but overloading them with huge influxes of pesticides and fertilizers from agricultural runoff, chemicals from industrial sources and other types of pollution, can create major stresses on our wetlands. Using more environmentally friendly products is one way we all can contribute to our wetlands.

Wetlands, thank you for quietly doing your job for us through the centuries. We love you! HAPPY WORLD WETLANDS DAY!