Your browser does not support JavaScript! The Gentleman Farmer During The Green Revolution | RC 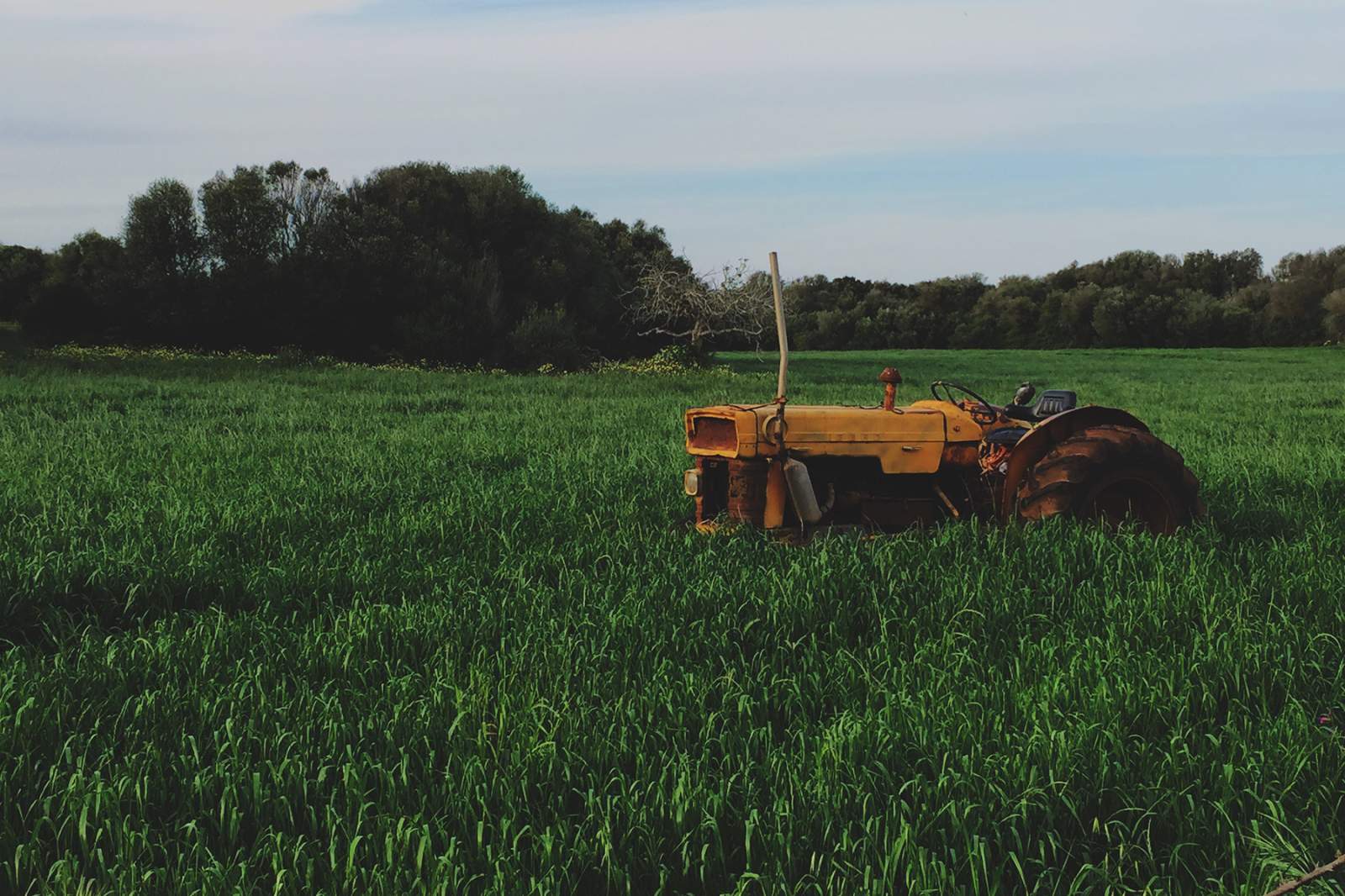 The Gentleman Farmer During The Green Revolution

I have never been comfortable walking into a garden center when it has that strong, distinctive chemical ammonia-like smell being emitted from the bags of synthetic fertilizers. Is this air safe to breathe? Is this garden center safe?

Seventy years ago, chemical fertilizers were praised and promoted to family farms across Canada. It was heralded as one of the most significant breakthroughs for the agricultural industry. This was all part of what is known as "The Green Revolution," which took place between 1950 and the late 1960s. This new technology adopted several radically new techniques in agriculture. Newly developed seeds that produced the greatest yield were to be grown, in association with synthetic fertilizers, chemical pesticides and herbicides, intensive irrigation, and mechanized cultivation. It would be the means to feed the world's growing population. This was to supersede traditional farming techniques which have been used for hundreds, if not thousands of years. It was the industrialization of farming.

My dad was in his early twenties and had just started his own farm to earn a living and raise his family. He was not buying it. He made the decision to run his farm the "traditional way." As having one of the best farms around, he was so well respected among all the neighboring farmers.

It is a term you never hear anymore, but my dad was known around the countryside as a "Gentleman Farmer." Gentlemen Farmers are described as farmers who farm for pleasure, rather than for profit. These were the farmers who did not succumb to the pressures of intensive industrialized farming, where the push was for the highest crop yield, and for the maximum profit. Despite what the agro-chemical corporations were promising, my dad somehow instinctively knew that the synthetic fertilizers and chemical pesticides being promoted during the Green Revolution were not healthy either for the food chain or for the environment. I have often wondered if my dad knew that industrialized farming would precipitate the extinction of the traditional family farm.

Our farm was like that old nursery rhyme song “Old McDonald Had a Farm” I used to sing as a child. But the cool thing for me, I not only sung the nursery rhyme, but I also got to experience it in real life every day. My dad never worked outside of the farm, and my mom was a stay at home mom. But we never lacked anything. We had everything we could ever need. In fact, I felt like I was the wealthiest kid on the planet.

It was my dad’s wish that one day I would take over the family farm when he got older. And he was doing everything he could to ensure that the soil was in its finest condition possible. Instead of only one crop being grown, which was the standard for the industrial farms founded out of the Green Revolution, my dad planted an array of crop varieties. He rotated his crops, which is a simple and effective technique used to reduce the need for pesticides and improve soil fertility.

My dad sowed the grains, oats, and barley with a piece of farm equipment known as a grain drill. Our grain drill was terrific in that it not only was capable of sowing grain seeds like wheat, oats, or barley, but also tiny seeds like clover and alfalfa at the very same time. The oats would grow quickly and shade the alfalfa or clover until it got established. Weeds were never an issue because the deep-rooted alfalfa and clover would smother any weeds. There was never a need for herbicides (weed killers) with this method of farming. In late summer we would have a wonderful harvest of grain and the next year a bountiful stand of alfalfa and clover. The technical term for this time-tested method of agriculture is called “underseeding." My dad affectionately referred to planting the clover or alfalfa with his grain as "growing his nursery crop."

My dad had a reputable apiarist (beekeeper) establish several beehives on our farm. Bees really love clover blossoms, and they produce the most delicious clover honey. With a bumper crop of clover, chock full of beautiful purple blossoms there was a multitude of very healthy, happy bees. The beekeeper was overjoyed because his bees which hung out on our farm produced an abundance of honey for his livelihood. My dad was ecstatic because his crops were pollinated. And each year the beekeeper gave us around 60 pounds of the most delicious clover honey for our family as a thank you! It was a win-win situation for everyone.

The clover and alfalfa were grown to be a hay crop for the cattle on the farm. Nutrients from this hay crop were recycled back into the soil the following spring in the form of cattle manure. The fantastic thing with crops like clover and alfalfa is their deep root systems which are one of the best plants for capturing carbon and storing it back into the earth through photosynthesis. This is great for the environment. The rhizobia bacteria found in root nodules of legumes like clover and alfalfa convert nitrogen gas in the atmosphere into soil nitrogen that plants can use. Professor John Jennings of the University of Arkansas wrote, "fields with good clover stands reduces or eliminates the need for synthetic nitrogen fertilizers."

By farming the old-fashioned sustainable way my dad never required pesticides or herbicides. He also never needed chemical fertilizers. That gentleman farmer I call my dad is said to have farmed for pleasure instead of profit. But in the end, he had one of the most profitable farms around. The website Sustainable Agriculture Research and Education mentions that “cover crops can boost your profits the 1st year you plant them.” My dad saved money by not having to purchase synthetic fertilizers, herbicides, and pesticides. His method of farming added organic matter which encourages beneficial soil microbial life. This not only discourages crop diseases, but it also encourages beneficial insect predators and results in a much more nutritious crop produced. The organic matter holds moisture eliminating the need for irrigation, saving money and our precious water resources.

Industrial agriculture, the foundation of the Green Revolution, has been sold to the public as a technological miracle. We must remember industrial agriculture is touted by massive multibillion-dollar corporations that make a big profit when we purchase these pesticides and chemical fertilizers. But too often, something crucial was left out of this story: the price tag to our health and the environment.

The United States Geological Survey Water Science School estimates that 70% of all the world's freshwater withdrawals go towards irrigation uses. The United States Environmental Protection Agency lists industrial, agricultural practices at 24% of 2010 global greenhouse gas emissions.  This includes cultivation of crops, raising livestock and the deforestation that takes place for agriculture. Unfortunately, there's a lot of fatigue with the negativity on climate change. But on the positive, sustainable farming is low hanging fruit when it comes to mitigating the effects of climate change.

I do not currently farm myself, so rotating crops and planting cover crops is not something on my "to do" list. But our role in sustainable organic farming in fighting is simple, cheap and delicious. Sustainable organic farming practices are the key to balancing the harmful effects of carbon emissions. When we purchase delicious organic food today, it encourages more farmers to adopt sustainable agricultural practices. We fight climate change with every delectable bite.