Your browser does not support JavaScript! The Carbon Footprint of Traveling | RC 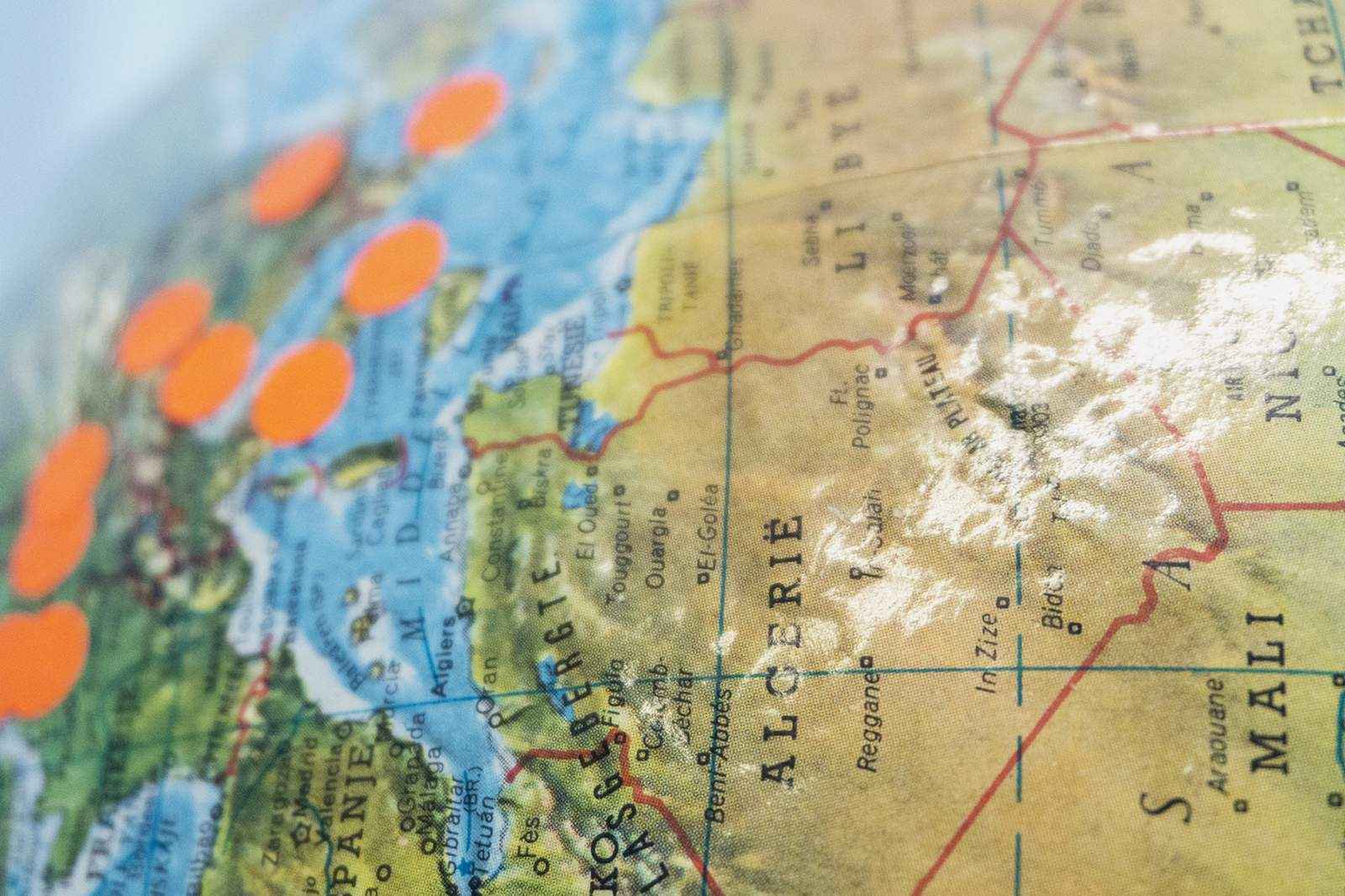 The Carbon Footprint of Traveling

His name was Jean Beliveau, an average Canadian with a home, a family, a car, and all the bills that go along with these responsibilities. But in 1998 Jean suffered a significant blow. The infamous Quebec ice storm ripped through Quebec and Eastern Ontario, leaving Jean's sign business in ruins. Feeling devastated, Jean mentioned to his wife, Luce, he needed to break away from the societal norms for a while. He needed to do something significant with his life before he died. Something many restless middle-aged men such as myself might feel from time to time. His wife was expecting Jean to g o away for a few weeks until Jean disclosed what was on his mind. He wanted to walk across the face of our planet. Once Jeans' wife Luce "picked herself off the floor" and came to grips with the magnitude of Jean's enormous expedition plans, she supported him in every way she could. For the next 11 years, Jean traveled the world alone with a three-wheel stroller that held food, his clothing, a First Aid kit, a small tent, and a sleeping bag.

For 11 straight years, Jean became a modern-day explorer for the cause "Peace and non-violence for the profit of the children of the world" without ever backtracking home. He traveled through extreme weather such as snowstorms, dust storms, and electrical storms. In a couple of "hot spot" areas of the world at the time, armed police and military escorted him safely through these extremely volatile zones. Traveling over mountain passes, through jungles and across deserts, savannahs, and plains while taking the time to engage with the many diverse people groups and cultures he came across in these areas, Jean found many rich, life-changing experiences. On Jean's final stretch before he returned home to Montreal, I caught up with him. Jean spent a night in our home and shared a couple of unforgettable meals with my family, rich with conversation, before heading out on the next day's leg of his journey. And during that leg the following day I walked the entire day beside Jean, enraptured entirely as he shared with me just a small number, of what would have been thousands of experiences he encountered during those 11 incredible years. 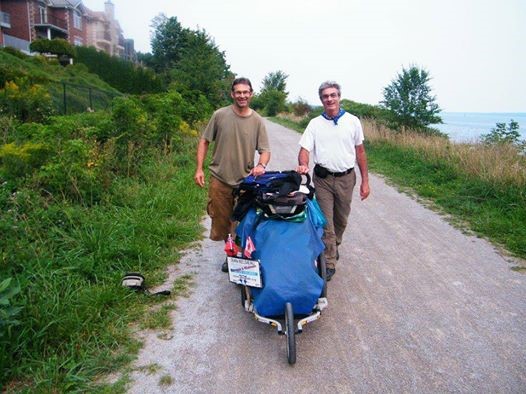 Within the majority of our mortal bodies wells up that desire to escape from our everyday routine. To travel, to explore, to experience. Nowadays, the means of how we travel makes a huge difference in our carbon footprint. Some forms of travel emit far more greenhouse gasses than others. Are there ways we can reduce it? Let's find out as we pack our bags and get ready to explore the carbon footprint of our travels!

We all know air travel saves time, and the further the distance the more time saved. It enables us to connect with loved ones that would be impossible otherwise during our vacation allotment. I have a precious daughter in New Zealand with whom I miss dearly. I had the privilege of visiting her from Canada a year ago. But with only a three-week holiday, air travel was my only option. Unfortunately, air travel also carries the highest carbon footprint of any form of travel.

Can we reduce our air travel carbon footprint? With a bit of research, we can. If we must fly, try to find a flight that is non-stop. Your ticket might sometimes cost a little extra, but less fuel will be burned overall to get to your destination. Just like newer automobiles are more efficient on fuel, the same goes with commercial jets. An example is the newer Boeing 787 Dreamliner, which is said to use 20% less fuel than a similar sized Boeing 767. The Bureau of Transportation Statistics has stated in the year 2017 all the combined United States carriers consumed 17,295.3 million gallons of jet fuel. When you combine the fuel consumption of all the international airlines, the total worldwide consumption would be staggering. Flying non-stop, using more efficient commercial jets, and even reducing the weight of your luggage all help to burn less fuel. Every little bit helps. Typing into any search engine "Flight carbon footprint calculator" will lead you to a website that determines your personal carbon emissions from that flight. Most of these websites also give recommendations on how you can offset those carbon emissions.

As a child, I always dreamed of the day I owned a car. This happened in 1978 when I turned 20 and took possession of a 1968 Buick Wildcat. It weighed over 4,000 pounds, was 220 inches long and it got a mere 12 miles per gallon of gas. Despite the car being ten years old, it did not matter ; m y dream had come true. This car was massive, in 1978 in my area of Canada, everyone drove large vehicles. No one ever heard of or thought about carbon footprint. Fortunately, most cars on the road nowadays are smaller and have much better fuel economy. Compared to the 1970's, we are now more aware that our cars contribute to increased carbon monoxide emissions. So how much? Depending on the source, there are currently 1.1 to 1.2 billion cars on the road, 98% of them running on gas or diesel. With more people in developing countries obtaining cars, this is a 57% increase from 8 years earlier. All these cars emit 1.73 billion metric tons (equivalent to 3.81 trillion pounds) of carbon dioxide into the atmosphere each year. To put it into perspective, this is the equivalent to burning all the coal in a fully-loaded coal train that stretches 304,000 miles long, which is long enough to wrap 12 times around the earth at the equator. Carpooling, combining errands in one trip, improving driving habits, keeping your car maintained, opting for public transit, helps lower our automobile carbon footprint. We can calculate our automobile CO2 emissions with this following information provided by U.S. Energy Information Administration (EIA). The burning of one gallon of gas (without ethanol) produces 19.6 pounds of CO2. The burning of one gallon of diesel pours 22.4 pounds of CO2 into the atmosphere.

Public transit is recognized as the most energy-efficient way to travel for most people who use motorized vehicles. This is because a bus or train carries a more significant number of passengers than a private automobile. Even though these vehicles are more significant, there is less energy consumed and energy discharged per rider. A document released by APTA mentions that a person commuting alone by car, which switches a round trip 20-mile commute to existing public transportation, can reduce his or her annual CO2 emissions by 4,800 pounds per year.

Occasionally called human-powered transportation, walking and cycling are the cleanest way to go, and they can be the healthiest. It has been discovered that cities which have connected, and well-maintained pedestrian and bicycle infrastructure , increase property values and promote tourism. A walkable community provides access to all the essential amenities within one's neighborhood. Within walking and cycle transportation, social connections are more possible, promoting healthy lifestyles. It has a positive effect on the environment and builds a safer, people friendly community. This is a complete contrast to the decades of support for suburban sprawl centered around the automobile to get anywhere. Any time a person walks or cycles , instead of jumping in the car, we decrease harmful auto emissions. Jean Beliveau did require a couple of connecting flights to get across the Atlantic and Pacific Oceans. However, over the period of 11 years, he traveled across 64 countries, covering over 75,000 kilometers. All by walking. His cause was to promote "Peace and non-violence for the profit of the children of the world.” We have become a society that is so dependent on non-renewable energy to get us from Point A to Point B. Jean Beliveau has proven you can travel around the world in the 21st century under human power with a minimal carbon footprint.

Not everyone has 11 years to spare to travel the world like my friend Jean Beliveau. But we all can make a difference each day, every day. We can fly more direct on the most efficient aircraft or use the train instead of an airplane. We can take a bus instead of using our car. Or on short trips, we can choose to walk or cycle instead of hopping in our car. With 1.1 billion vehicles on the road, every little bit from everyone will help. Together we can all make a difference.