Your browser does not support JavaScript! Mother Earth Day: Thank a Hippie | RC 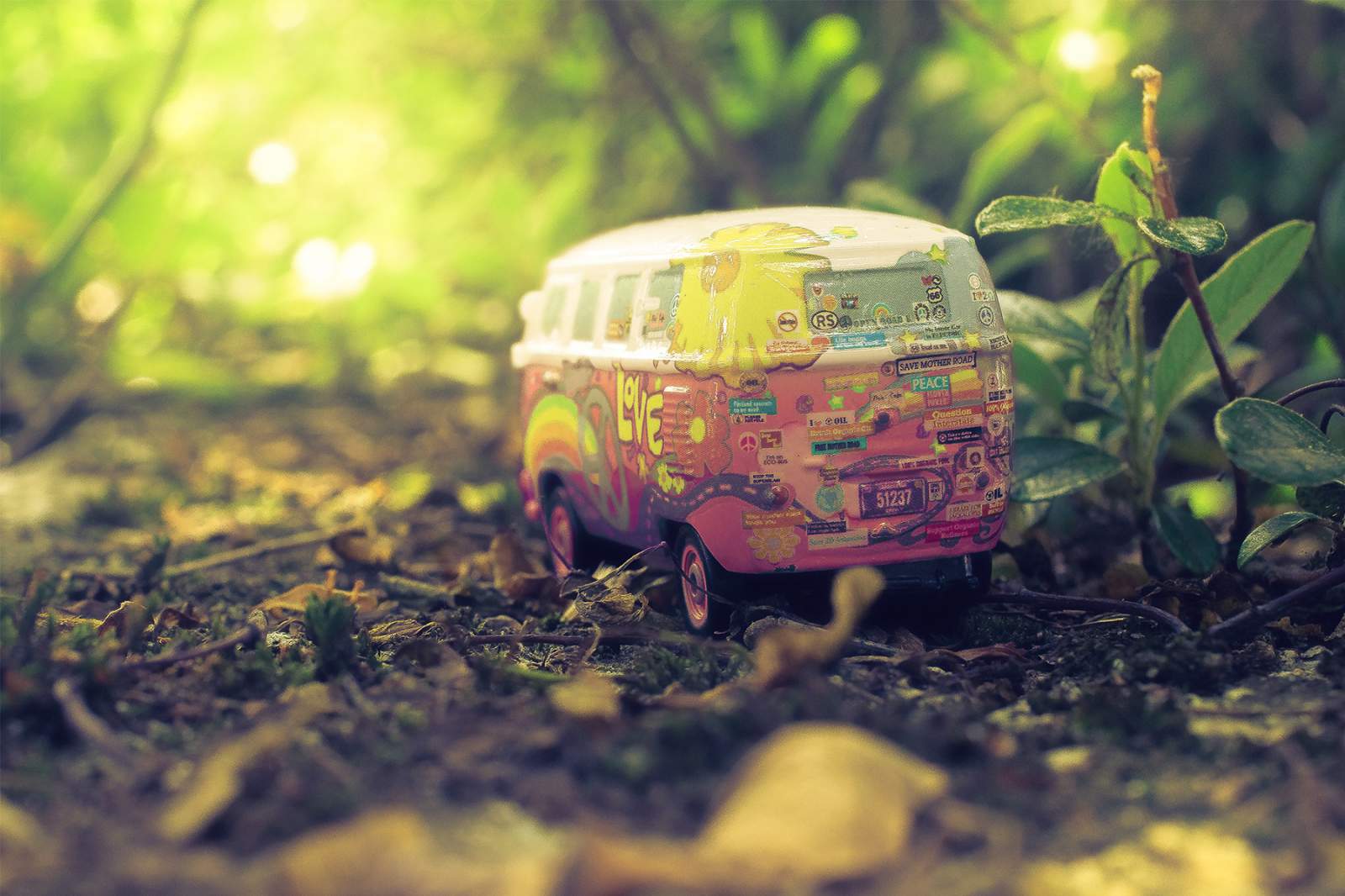 The year was 1970. I was the tender age of 11 years old and in grade six. Growing up on a family farm, I had a sheltered life. My after-school time involved completing a lot of chores around the farm along with my school homework which led to there not being a lot of free time. My parents were strict as they tried to protect me from the many influences of those days.

It was the era of the hippie subculture, a movement started in the early 1960's, but grew in part to the United States involvement in the Vietnam War. Tending to be "dropouts from society," they had no regular jobs or careers. Men often had beards, long hair and baggy clothing while women often wore sandals, beads, and loose clothing, or long flowy dresses. They mostly lived in communes, but also in tents and low rent housing and often ate vegetarian diets based on unprocessed foods. The ethos of the subculture was peace, harmony with nature, and artistic expression, particularly in music. The recreational use of soft drugs and hallucinogenic drugs among hippies was quite common and was influencing younger adolescents. To the alarm of my parents, I was on the verge of becoming an adolescent during this period. The hippie movement values were opposite from that of mainstream North America; this included my Mom and Dad. The generation gap was in full swing.

Each day at 6:00 pm, after our family of five finished eating dinner, we would gather in the living room while the world stage came on display through the screen of our black and white television. Using our "rabbit ears” for the reception, we were able to pull in two stations in total. It was time for the 6:00 news, a lot happened in the year 1970. While the Vietnam War raged on, the Americans launched the famous Apollo 13. This was the flight with the incident which brought about the saying, "Houston, we have a problem.” There was the first supersonic flight with the Concorde, the first Boeing 747 jumbo jet flight, Jimi Hendrix died, and the Beatles disbanded.

One of the biggest events that came out of the year 1970 that I witnessed with my family in that farmhouse living room, was the first Earth Day held across the United States on April 22. That first Earth Day was suggested by Wisconsin Senator Gaylord Nelson. And incredibly, hippies played a big part in making that idea happen. For the most part, the hippie generation were advocates for peace and non-violence, which was why they were so against the Vietnam War. Despite the drug culture and their lifestyles, which made them anti-establishment with the government and mainstream society, they had a deep harmonious connection with our planet which they called "Mother Earth.” It was extremely upsetting for them to witness how our planet was being destroyed. With demonstrations and rallies on both the Vietnam War and protecting the environment falling on deaf ears with the government, hippies turned to universities and colleges for support. University and college students had credibility. Were those students the voice that was desperately needed? Encyclopedia Britannica mentions that across the United States, hippies participated in several teach-ins at colleges and universities in which opposition to the Vietnam War was explained. In addition, there were teach-ins to explain that our environment was in a major mess.

This was when the word environment was a word that appeared more often in spelling bees than what my family witnessed in the evening news; it was not a popular word. Growing up, the township where I lived sprayed tar-like crude oil on the gravel roads to control the dust. People used motor oil spray underneath their cars as a form of rustproofing. The garbage dump was two miles from the farm where I grew up as a kid, and it was nothing more than a giant ravine where residents of the township dumped their trash. There were no hazardous waste disposal programs back then, and no alternatives of what to do with those items, so everything went into the dump legally. Batteries, used oil, leftover farm pesticides, household cleaners, all in addition to the regular household waste, would end up in the landfill. I still remember the dump overrun with vermin and fires in that local dump were daily occurrences. Our cars back then had massive big block V8 engines, powering family sedans and muscle cars which sucked back leaded gasoline. All those lead and toxic chemicals ended up in the atmosphere and returned to earth in the form of acid rain. Acid rain was killing our trees, and killing off fish in our waterways. A small price to pay, because air pollution was commonly accepted as the smell of prosperity. Companies would never willingly cut back on their emissions, the costs involved would cut into their profit margins.

The university and college students listened to what the hippies had to say and these students sat up, took notice and were deeply moved. Mainstream America mostly remained oblivious to environmental concerns, or perhaps they knew but did not care. But the students set the date, April 22, which fell between spring break and final exams. They called it "Earth Day" and promoted well in advance. With no internet, social media or even e-mail, the logistics of organizing such an event among approximately 2,000 colleges and universities would have been enormous.

Most people did not expect the participation from that first "Earth Day" to be that massive. Along with the students and hippies, there were so many other Americans who wanted change. Rich and poor, city slickers and farmers, young and old, blue collar, and white collar took to the streets, parks, and auditoriums in peaceful marches and rallies. In the end, 20 million Americans were that familiar voice who shared universal values against reckless oil spills, polluting factories, power plants, raw sewage, toxic dumps, unregulated pesticides, and the loss of wilderness. Not only did it raise consciousness on environmental concerns, but it also brought together separate groups that had been fighting separately against the same issues. With twenty million people participating, the government could not ignore what had transpired. By the end of 1970, Earth Day led to the creation of the United States Environmental Protection Agency, the Clean Air Act, the Clean Water Act and the Endangered Species Act. In 1990 Earth Day went global, with 200 million worldwide citizens mobilizing from 141 countries lifting their environmental concerns onto the world stage.

Watching the news coverage in Canada regarding that first Earth Day certainly impacted my Dad. He always had a concern for the environment, but his attitude towards the hippie people softened. They were not that bad a people, after all, he even hired a hippie with hair to his waist to help us with the potato harvest that fall.

People who were hippies back in the 1960's and 1970's are still around these days. Now they might drive a sub-compact car, a hybrid or an electric vehicle. Their homes likely are modest, with a garden out back, and rain barrels to harvest the rain for the garden. Places they would frequent in public would be artisan and craft fairs, flea markets, or farmer's markets and health food stores and shop using reusable bags. In their retirement years, they might be volunteering at a local chapter of an environmental agency or picking up trash or helping to maintain the local hiking trails. They are living out Earth Day, every day.

Policies have been changed in the past because people have worked together for the common cause of our planet. Knowing that, we can be more optimistic about our ability to make positive changes in the future when we all work together. Happy Earth Day!