Your browser does not support JavaScript! Garbage Island 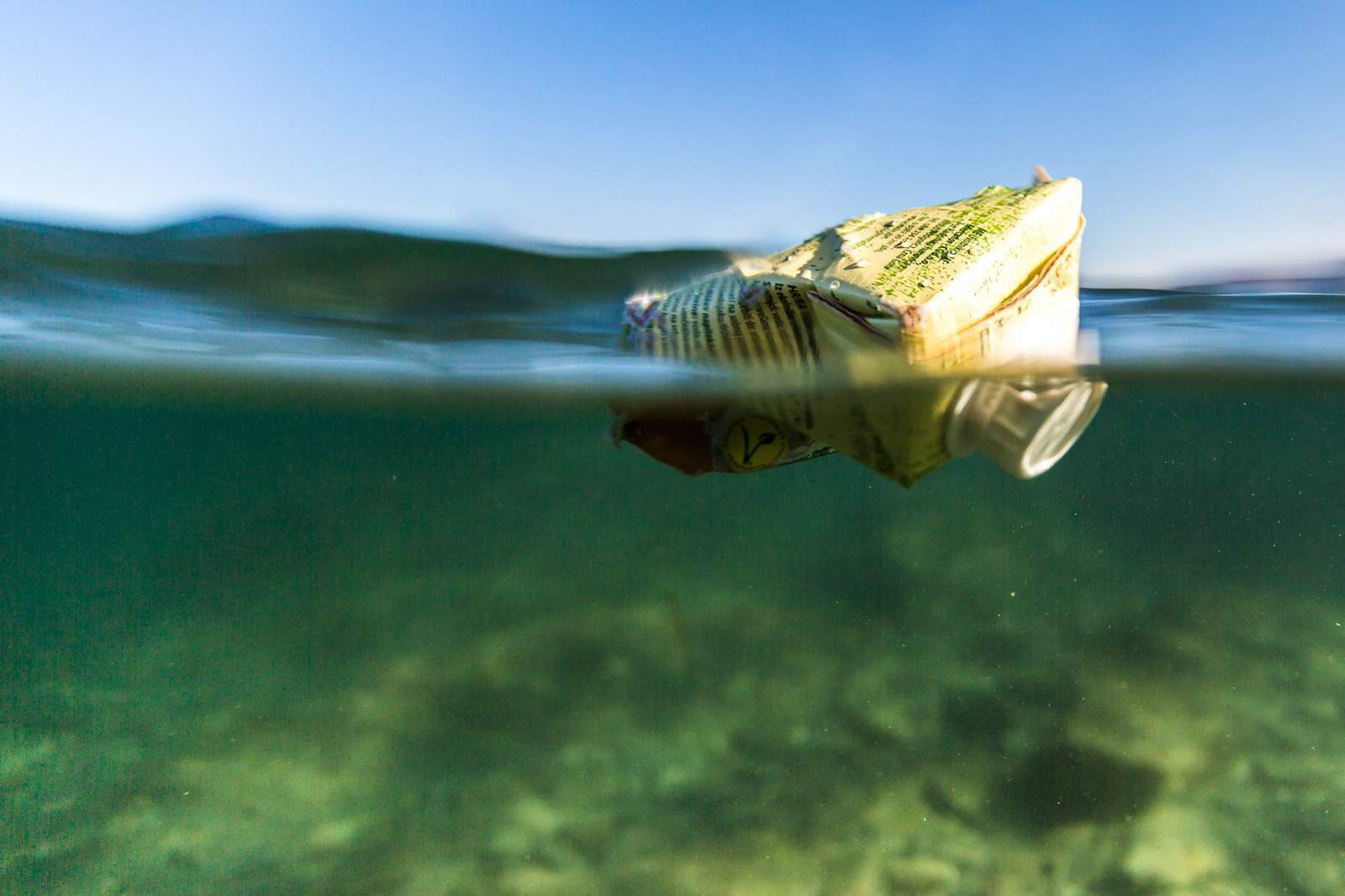 Roughly 8 million tons of plastic is thrown into the ocean each year, most of which travels to gyres within the ocean.

An ocean gyre is a large system of circulating ocean currents, typically currents that are involved with large wind movements, and are caused by the earth’s rotation.

The gyres trap the plastic causing what is known as Garbage Islands. The Great Pacific Garbage Patch is the largest Garbage Island in the oceans gyres. It can be 9 feet deep and twice the size of Texas but is continuously moving within the current of the gyre.

The garbage patch is known as an island but looks nothing like one. The plastic isn’t visible above water other than a few stray bottles, fishing nets and other items. Hidden below the surface is where you’ll find the broken down microplastics. These pieces of plastic are digestible morsels that plankton, fish, birds and sea animals all feed on. The brighter colored plastics tend to be missing from samples pulled up from the gyre because they are the first to be swallowed by fish and animals.

Captain Charles Moore was the first to discover the gyre in 1997 and was shocked with what he was seeing:

"So, on the way back to our home port in Long Beach, California, we decided to take a shortcut through the gyre, which few seafarers ever cross. Fishermen shun it because its waters lack the nutrients to support an abundant catch. Sailors dodge it because it lacks the wind to propel their sailboats.

Yet as I gazed from the deck at the surface of what ought to have been a pristine ocean, I was confronted, as far as the eye could see, with the sight of plastic.

It seemed unbelievable, but I never found a clear spot. In the week it took to cross the subtropical high, no matter what time of day I looked, plastic debris was floating everywhere: bottles, bottle caps, wrappers, fragments. Months later, after I discussed what I had seen with the oceanographer Curtis Ebbesmeyer, perhaps the world's leading expert on flotsam, he began referring to the area as the Eastern Garbage Patch.”

Captain Moore sold his business interests to become an environmental activist working towards a better awareness of the plastic within the ocean. He said, “unless consumers cut back on their use of disposable plastic, the garbage patch will double in size over the next decade.”

A big problem is Bisphenol A (BPA) which has contaminated the ocean water and ocean sands. BPA is an endocrine disruptor (Chemical that can disrupt the hormone system) and when fish, reptiles, amphibians, birds and mammals are exposed to it there are serious side effects.

As the plastic photodegrades it becomes almost like a smog or soup in the ocean, it’s nearly impossible to capture and remove all the plastic within the Great Pacific Garbage Patch. Captain Charles Moore uses a Manta net dragging behind the boat to try and capture the plastic for sampling. As he samples closer and closer to the garbage patch he finds that the plastic to sea life ratio becomes larger and when he reaches the gyre the ratio becomes 1000 to 1.

There is so much plastic that even the Manta net is not capable of catching the smaller more degraded pieces. Captain Moore says that there is roughly 100 million tons minimum of plastic in the gyre and that it would take each person in the world 100,000 pickup trucks loaded with the waste to remove it from the ocean. Moore suggests that the solution to the problem is to stop the waste from reaching the ocean, if we can prevent the waste from ending up in the ocean then the ocean will eventually clean itself, spitting the waste out onto the shorelines.

There are limited solutions to removing the plastic from our oceans. Though, currently a company called Ocean Cleanup is working towards just that. They are developing a system that uses the oceans currents to accumulate the plastics against their U shaped floating net system. The system uses high density polyethylene in the form of a pipe that provides buoyancy to the whole system and allows better capture of the plastics. Ocean Cleanup expects that their system can clean 50% of the Great Pacific Garbage Patch in five years.

Another interesting up-and-coming technology is the SeaVax solar powered vacuum. The system is currently in the prototype phase but once built will be 144 feet long and will run on its own. The SeaVax will be mounted with solar panels and wind turbines that will power the pumps and filters that suck up the plastic pieces. When the project is complete the robovac should be able to treat 89.9 million liters of seawater per year which equals out to 22,400,000 kilograms of plastic.

There is also a lot we can do at home. We can start by limiting our purchases of plastic material but the biggest thing is to correctly recycle. If the materials are recycled then we will see less plastics ending up in the ocean. If we don’t stop the contributions to the oceans plastic then the above systems will never be able to accomplish their full mission of removing all waste from the water because we will just continue to add to it.

Just to put it into perspective, 1 in every 3 fish that reaches our tables have some form of plastic in it, even our sea salt is contaminated with microplastics. As consumers, we need to stop thinking that if we don’t see it, it doesn’t exist, and wake up to the realities of the dangers of disposable plastic.