Your browser does not support JavaScript! A Canary in a Coal Mine - How Chemicals Affect Us | RC

Suggestions
Tutorial
Terms
About
More..
Tutorials
Terms
About
ARTICLES | Environment | A Canary in a Coal Mine - How Chemicals Affect Us 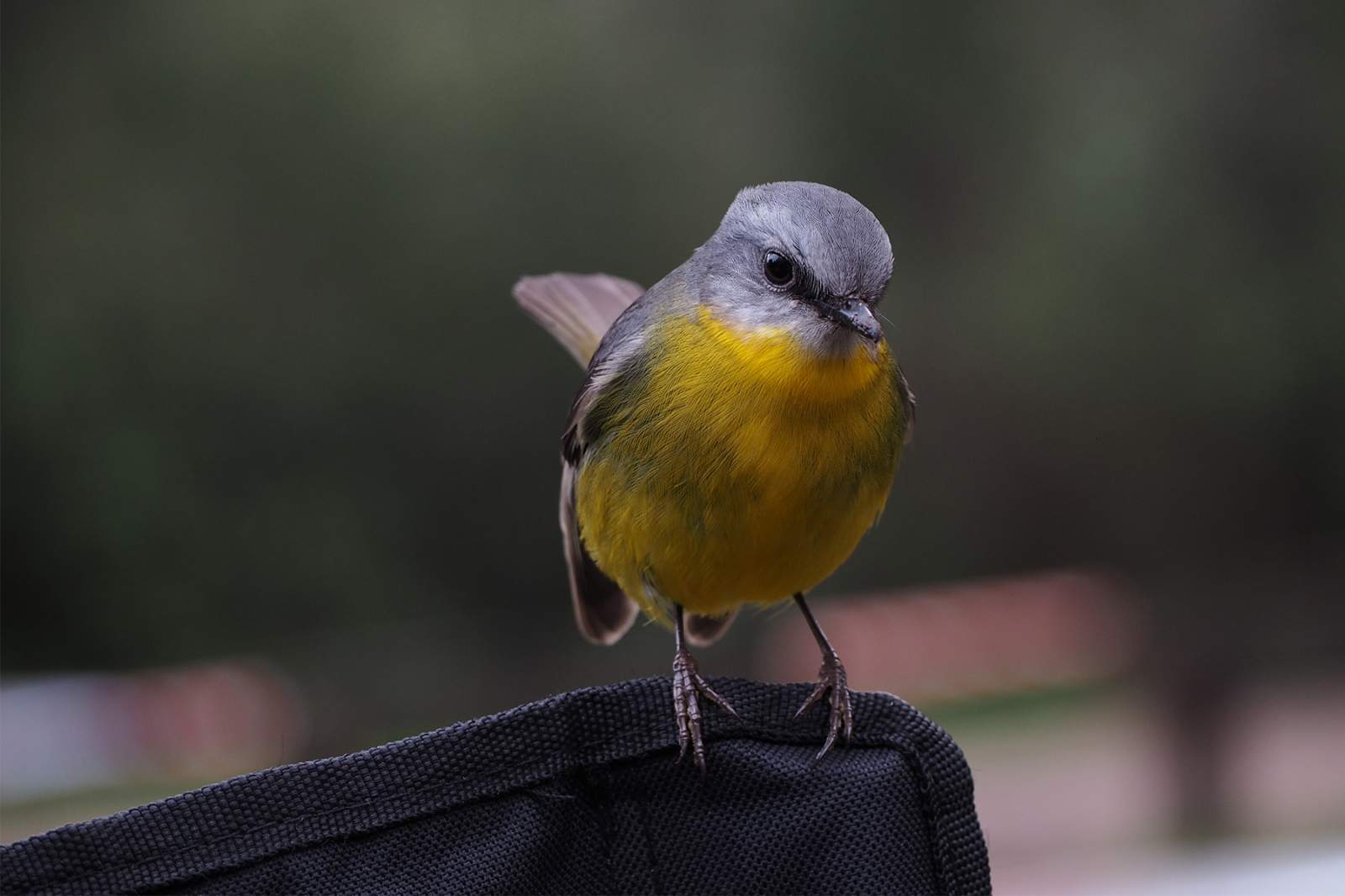 A Canary in a Coal Mine - How Chemicals Affect Us

They are such a beautiful, tiny little creatures weighing in at 15-20 grams or two to three sheets of paper. Living deep down in a dusty coal mine, the role of this fragile bird was simply to breathe. If the canary, with its tiny delicate lungs is no longer breathing, or even becomes silent, this is taken as a dire warning to the miners that danger is imminent. It is a sign that there is excessive carbon monoxide and possibly other toxic gasses in the air and the coal miners need to take action and evacuate the mine immediately. If the miners happen to ignore a canary in distress, the outcome could be catastrophic. This is the "Canary in the Coal Mine" in a literal sense.

Thirty years ago, the introduction of the electronic carbon monoxide alarm became a much more humane early warning system for deadly gasses in coal mines, and the job of the long-serving yellow feathered friend of the coal miner became redundant. But the saying, "Like a Canary in a Coal Mine" continues to live on as a conventional metaphor. Like the delicate canary in a coal mine, our planet is very fragile. Nature gives us warning signs that it is in distress, and that danger is imminent.

One of the largest "Like a Canary in a Coal Mine" examples are in the realm of chemicals. Chemicals are naturally found in us and all around us. Water, one of the essentials of life, is made up of a chemical formulation of two hydrogen atoms and one oxygen atom in each water molecule. Even in the natural world there are chemicals in natural substances that can be toxic. An example is the beautiful looking ground cover plant called poison ivy which grows prolifically in my area. My dad warned me when I was a child to stay away from it but I did not listen and came up with a nasty rash anywhere my skin came in contact with the plant. There are certain plants, such as some mushrooms, that are toxic to eat and are deadly. German-Swiss physician Paracelsus who lived from 1493 to 1541 is known as the one who established the role of chemistry in medicine and is called "The Father of Toxicology.” He is quoted as saying "Everything is poison, there is poison in everything, only the dose makes a thing not a poison.” In other words, what Paracelsus is saying is that any substance, if given in large enough amounts, can cause death. And yes, people have died from water intoxication.

As human beings, we have adapted well to the natural world around us over many millennia with the good and the harmful getting passed down from generation to generation. We know what is safe, we know what to stay away from, we know what is good for us, and we know what can be very harmful. There have been incredible technological advances this past century, and it is extremely difficult to keep up. In the world of human made artificial chemicals, this can be very frightening. We do not have centuries worth of gathered knowledge that has answers for "What is this, what does this do, what effect does it have on us?” Derek Muir and colleagues of Environment Canada have determined that out of the 30,000 or so chemicals used commercially in Canada and the United States, about 400 resist breaking down in the environment and can accumulate in fish and wildlife. What isn't good for them isn't good for us. These fish and wildlife are like early warning signals; they are like a canary in a coal mine.

The chemical Dichlorodiphenyltrichloroethane (or commonly known as DDT) was used as an insecticide and was regarded as a wonder-chemical following World War 2. But there was a sharp decline in the bald eagle and other birds of prey like the osprey and peregrine falcon due to thinning eggshells which gave the alarm that this chemical was very dangerous. If it has a dramatic effect on our birds of prey and their reproduction, what does it do to us humans? The United States banned the use of DDT in 1972 and received a worldwide ban for agricultural purposes in 2001. It is still being manufactured and distributed for mosquito control in countries that have problems with malaria however. DDT is one of those chemicals that resist breaking down in the environment. The fact sheet issued by the Centers for Disease Control and Prevention (CDC) mentions that DDT is stored in our body's fatty tissues. In pregnant women, it can be passed to the fetus and is considered a possible human carcinogen. In a most recent test by the CDC, DDT breakdown products are still found in 85% of Americans tested, even though the pesticide was banned in 1972 in the United States. DDT is just one synthetic chemical out of thousands out there that is coming back to haunt us in unexpected ways. 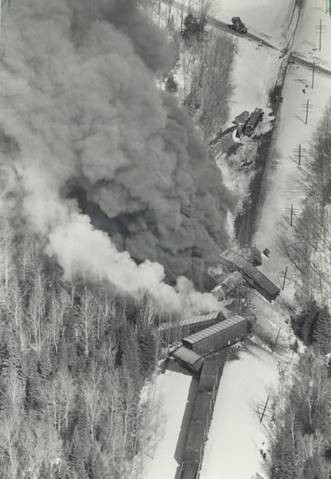 From the day I was born, I carried a chemical body burden that my mom passed on to me during her pregnancy. When I was a child, like any child, my body was developing. My mom was careful to feed me healthy, nutritious food, and restrict my junk food. I did not appreciate it at the time, but boy am I grateful now. As an adult I have made mistakes. In a workplace, I used to spray paint heavy truck axles for months without a respirator - even though they were available, I didn't use them. There was a time I spilt battery acid down my one leg. The acid ate right through my jeans, and by the time I got some water to rinse the leg, there was a nasty burn. And while I was a volunteer firefighter at a blazing train derailment fire, I yanked off my breathing apparatus in a panic because it became frozen in the –30C temperature which resulted in me breathing in a lot of extremely toxic smoke.

I am turning 60 this year, some places I might even be eligible for a senior's discount. I run, work out, and try to eat healthy. Whether this is helping to clear my body of toxins, I don't know but I am really trying my best to keep myself young. Regardless, I have a chemical body burden that has a bioaccumulation of a lot of bad unnatural, yucky, artificial stuff over my lifetime. It was my chemical exposures as a child, it was my workplace exposures, the pesticides on the food I have eaten, the cleaning products I have used at home and the personal care items I have regularly used like deodorant and aftershave.

The older I get, the greater my chemical body burden, and going into my senior years this chemical body burden I have accumulated unfortunately will be peaking. This will be at the very same time when all those biological systems mentioned earlier begin to slow and weaken, putting me at a far greater vulnerability. Scientific studies have linked many diseases and syndromes associated with aging to pesticides and other chemicals. The Collaborative on Health and the Environment (CHE) has a searchable toxicant and disease database, this database can be likened to a "Canary in a Coal Mine". It summarizes links between chemical contaminants and approximately 180 human diseases and conditions. The user-friendly database is on the website "Health and Environment", with the link provided below in the references.

Each person does carry their own unique chemical body burden that has bioaccumulated over a lifetime. Even though we have made bad choices in the past in regards to our exposure to chemicals, we can still turn over a new leaf. Yes, we can do this!